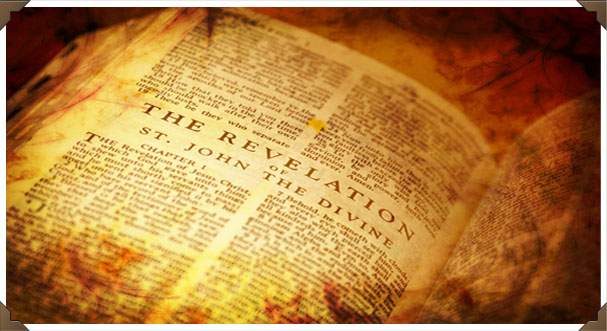 The revelation of Jesus Christ, which God gave him to show to his servants the things that must soon take place.

Apocalyptic writing tells a symbolic story by which eternal insight is given by an angel to a visionary prophet. This heavenly perspective explains God’s eternal purposes to a church that is struggling on earth with persecution, oppression, trials, and sorrow. Apocalyptic literature uses powerful images to prick the imagination and draw the reader into God’s eternal perspective on the events of this world.

First, seventy per cent of the symbols’ meaning are drawn from the original context of  the Old Testament’s use of that symbol. Second, John’s symbols are also pulled from the contemporary Roman world using pagan images to illustrate sources of evil in the world. Third in our culture, we tend to think of symbols as meaning something less than real or true.

John’s symbols are intended to convey deep theological meaning while simultaneously impacting our spirits and emotions. We tend to read a text “literally” as opposed to reading it “symbolically” as if a literal interpretation makes the text more true. In the Bible, symbols are understood to be just as “true” as other more historical or literary passages.

Before Apocalyptic literature can be applied to our day, the text must be read in the light of its original context. In other words, the writing must make sense to the readers of the first century before it speaks to a reader in the twenty-first century.

Apocalyptic literature was written not only to inform the church, but to impact believers’ emotions and encourage their spirits as well. We need to read the Book of Revelation with our hearts as well as our minds. Apocalyptic literature is designed to uplift our emotions by strengthening our wills with the truth of God’s sovereign grace and the power of his redeeming Cross.

What then is the Book of Revelation’s message?

1. That God is awesomely majestic, as well as sovereign in all our troubles.

2. That Jesus’ sacrifice as the Lamb ultimately brings complete deliverance for those who trust in him.

4. That regardless of how things appear in the short run, “sin does not go unpunished,” and God will judge.

5. That God can accomplish his purposes through a small and persecuted remnant; he is not dependent on what the world values as power.

6. That worship leads us from grief over our sufferings to God’s eternal purposes seen from a heavenly perspective.

7. That proclaiming Christ invited persecution, the normal state of committed believers in this age.

8. That Christ is worth dying for.

10. That the hope God has prepared for us exceeds our present sufferings.

11. That God’s plan and church ultimately include representatives of all peoples.